If there was a time to brutally stab League of Legends in the back, it would be right now.

League is still undoubtedly the strongest MOBA on the market right now. 81 million League players stand testament to this.

However very rapid patches, the direction of the meta and the increased quality of rival MOBAs leaves Riot vulnerable to having their market share taken by competitors.

Like the rumblings of an unwanted bowel movement, the displeasure within the League community has been growing since patch 8.11.

Strong nerfs to Attack Damage Carries and reworked items blew apart the long-standing bot lane meta and traded it in for an all-out fiesta.

Community unrest had risen to such a level that Team Liquid AD carry Yiliang “Doublelift” Peng released a video on “The Downsides of a Constantly Evolving Game”.

The video was actually very well produced and brought forward some valid points as to why regular, 2 week patches hurt the game and it’s community in the long run.

There are huge changes in League right now. The changes will inevitably affect a portion of the community in a negative manner.

Although I believe the future of League is still bright, I also believe that now is the time for Riot’s savvy competitors to increase their efforts to take market share.

A League of Legends Veteran

Dave “Tookie” Johnstone has been battling on the rift for over 8 years. Peaking at the platinum division and playing over 6000 games, it’s fair enough to say that he knows what he’s talking about when it comes to League of Legends.

I’ve spent hundreds of hours in the bottom lane with Tookie. The two of us have valiantly fought on the fields of justice together. We were a duo to be feared. Others might just describe it as the most tangible bromance on the internet…

Which is why I was so shocked and somewhat hurt when he said:

“I hands down prefer playing Heroes of the Storm over League of Legends despite being better at League.”

I felt like he had slept with another partner.

Over the following conversation, Tookie explained to me why League of Legends didn’t satisfy his needs anymore and how Heroes of the Storm made him feel alive again.

There’s a myriad of reasons as to why League isn’t worth the time investment anymore.

Tookie explained that the sunk costs were too high. Unfortunately we’re getting old, our creaky 23 year old bones don’t have enough time to seriously play League.

Trying to balance a full time job, a social life and some semblance of a healthy body doesn’t leave enough time for us to consistently play for a couple of hours a day.

League games in lower ELO’s average around 30 minutes or longer. Factoring in queue times, champion select lobbies and dodges, it will easily take over 2 hours to play only 3 games of league!

Heroes of the Storm games will last somewhere between 15 and 20 minutes. This makes the game so much more accessible. It’s so much more possible to hop on and play for only an hour or so.

Another positive aspect of short game times is that losing isn’t such a big deal anymore.

The large time investment needed to play League means that most players take the game relatively seriously. This means that once your team starts losing, there’s a considerable chance that some players on your team will become toxic.

HOTS’ short game times significantly lower the chances of having a bad experience in game. Instead of getting stomped for 35 minutes, weak playrs will only lose for 10 minutes before moving on to the next matchup.

Heroes of the Storm values teamplay over individual skill levels. In League, it’s common for a player to “carry” – meaning that the player did most of the work for the team. It feels amazing to carry a game of league because you can snowball into an untouchable killing machine.

You can still carry in HOTS, but to a lesser extent.

HOTS XP points get awarded to the entire team as it’s collected. Instead of having individual levels, players will level up as a team. This encourages teamwork and eliminates the detriments of having a selfish player on your team.

Jungle camps also work differently in HOTS. Instead of giving individual players buffs, gold and experience, jungle camps will give out experience and then start pushing lanes for you. This difference incentivises players to focus on macro play rather than micro.

Heroes of the Storm is definitely a more accessible game. All MOBAs upon first glance have significant learning curves. HOTS however makes it easier for new players to learn and succeed with their champions.

There are no items to buy, only upgrades to your abilities and passives as your team levels up. Thus, new players have a significantly lower chance of choosing bad champion upgrades and accidentally throwing the game.

Last hitting and CS have also been done away with. Instead giving team experience as long as yourself or an ally is in close proximity to the minions and objectives. As such, the laning phase requires less skill and focus on minions.

This change of gameplay and mechanics actually shifts players away from collecting gold and experience and encourages team fighting and duelling at all phases of the game.

Higher health and lower damage outputs also increase the accessibility of HOTS. Positioning errors and falling behind in levels are punished less severely. This allows new players to play like monkeys, without throwing the game entirely for the other people in their team.

In personal experience, the game was a lot of fun. It was fast paced, the scoreboard & in-game statistics were informative and if the queue times weren’t too long, the game has a similar feel to Rocket League or Call of Duty; in the sense that once you finish a match it’s really easy to queue up again and lose track of time.

HOTS does have one massive problem right now: there isn’t a big player base in Oceania.

My character is currently level 5. I would have played so much more if I could’ve, but the queue time had me doubting that anybody actually played this game at all.

At lower levels, it’s not uncommon to wait over 10 minutes for a match-made game. A peculiar problem arises out of this. New players find it easier to match up against AI teams due to the reduced wait times. This is the complete opposite of League, where you can still find games within 3 minutes at 4am.

Tookie also explained that the most enjoyable aspect of HOTS doesn’t come from gameplay differentiations but from the decision to remove the all-chat feature. It is impossible to communicate to the other team.

This has huge ramifications according to Tookie as it makes the overall experience of HOTS more enjoyable. Some people live for the salt on the rift. Nothing floats their boat more than rustling some jimmies. However, people who’ve figured out that typing BS over the internet isn’t worth it can appreciate the chat restriction. 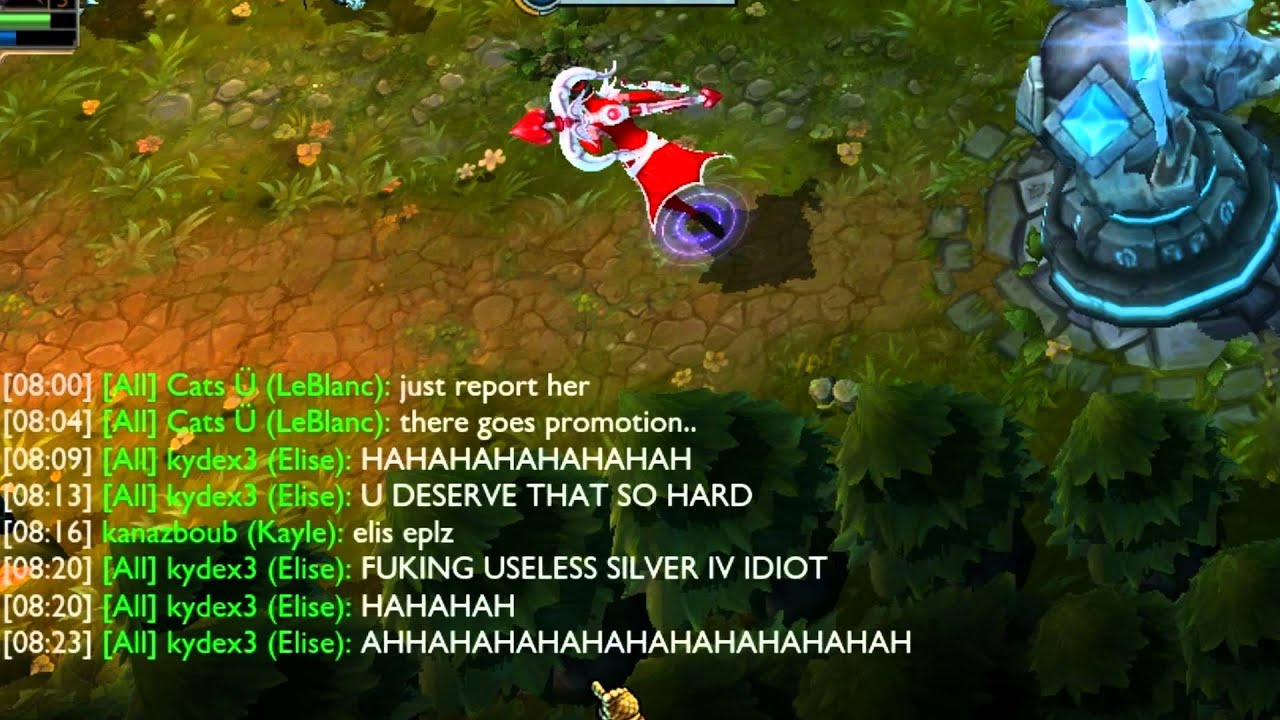 No talking to the enemy team means that people aren’t typing to antagonise or taunt them. Subsequently, you don’t have to cop any abuse either. People’s gameplay becomes their main focus rather than the “sick burns” in the side chat.

In summary, picking between MOBAs is always going to be a personal choice.

Everything depends on what you expect and want to achieve in-game. League of Legends is undoubtedly the strongest MOBA in the market right now, but the current state of the game has opened up a small vulnerability to losing market share to other MOBAs.

HOTS, DOTA 2, Smite, Heroes of Newerth all have a chance to show why their differentiated game is better and provide value to MOBA players who are looking for a different experience than League of Legends.

This window won’t last forever though. Riot will have undoubtedly heard the current uproar and are sure to implement changes next season. Furthermore, rumours say that crit-chance ADC’s have a chance of returning in Patch 8.15!

Dave is a League enthusiast and content writer for Tribefire.
Posts created: 4

5 Things You Must Know Before Clash Tournaments